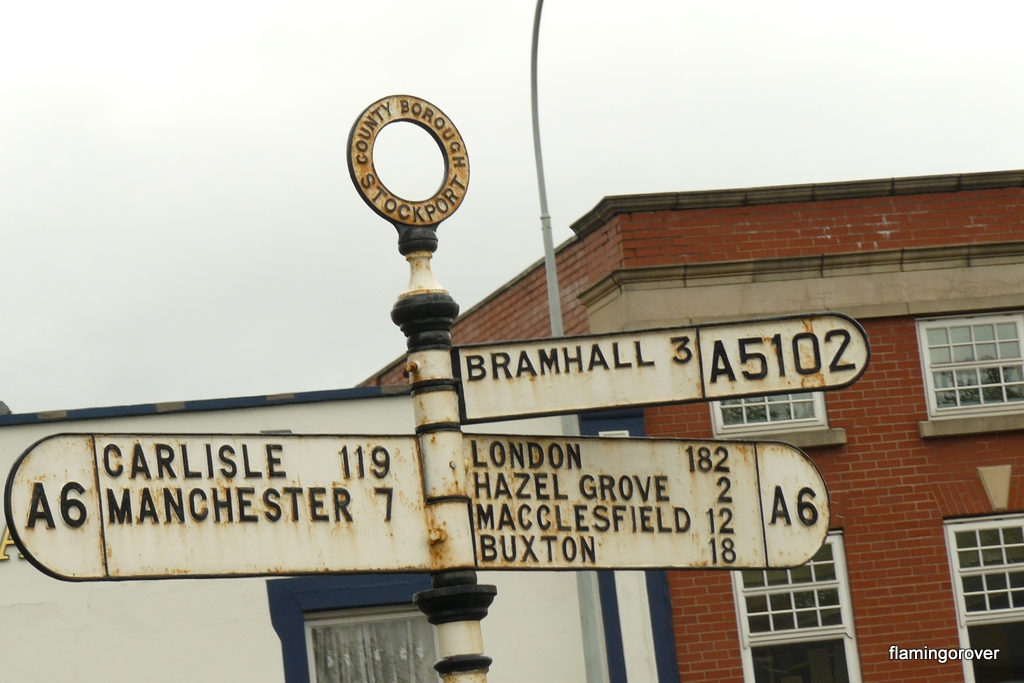 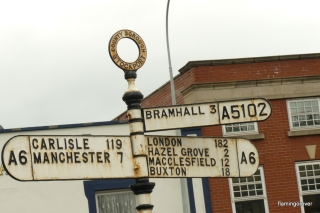 The start of May saw me going on a last minute camping trip to Swanage on the south coast of England. This  involved a road trip down from Edinburgh and right across the UK. We camped at the Tan Hill Inn, the highest pub in England and I pranced about admiring the baby lambs at Arbor Low, bronze age standing stones, long since tipped over by pesky puritans in the 1600’s. The stones were pretty amazing also.

And pleased I was to be exploring new corners of the globe I still found it mighty odd to simply leave our groceries in a carry bag day after day.

Some old habits die hard. Like enjoying an ice cold beer and wanting to refrigerate your food when you go camping.
Both the times I have been camping in the UK it has made me just a little uncomfortable to pitch up in a field with the tent, sleepingbags, coffee, milk, bacon, booze BUT no ice or esky: for non Australians an esky is otherwise known as a cool box, cooler, ice box ect.
There are reasons for this, for one thing the Brits don’t drink their beer quite as cold as Australians, for another, thus far in my camping experience it has been perfect refrigeration temperature in the car.
Nevertheless camping with no esky is still a struggle. I have been on some cool camping trips in Australia, once camping in the mountains in Far East Gippsland we got up in the morning to find the night befores dish water frozen solid, and Easter in Malacoota was frequently chilly – BUT we still packed our eskies- in fact the bigger, more fancy your esky was the cooler you were. Some mates had wheels and a handle attatched for easy movement, and the sturdier they were the better- that way they double as seating around the campfire.
True, our May Bank holiday weekend camping trip was not overly warm. My thermals got a good work out and our exploring on the first day involved walking wind swept coastline and muddy fields between pubs.
We were motivated by the views and the lure of warming ale, cider and pasties in some very pretty country pubs. 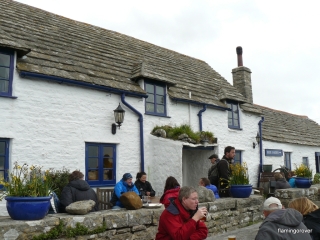 I am pleased to say that the sun did come out on the second day, and it was timed perfectly to encorage us to stay out of the pub and do some more strenuouse adventuring on the edge of the English Channnel. A good part of the day was spent rock climbing on Dancing Ledge in weather that was even warm enough to let me climb about bare foot.

The sun sparkled off the sea and the blues were set off nicely by the verdant rolling hills leading down to the limestone cliffs. After warming up scrambling about on the rocks we eventualy got ourselves together to take the plunge and go Coastering.
I did not know there was such a thing as coastering before Sunday- but it is a thing where you scramble about exploring the coast, jump off rocky outcrops and generally get buffetted around by the power of the ocean. A wet suit is essential, as is a helmet and boyancy aids are preferable. I am a pretty eager ocean explorer so when a wetsuit became available a happily put my hand up for the challenge.
Saying yes was the easy part, actually taking the plunge was where things got challenging.

You know you are alive when you plunge into a very cold ocean and although the sun had warmed us all morning it had no effect as we bobbed about like corks and let the waves have thier way with us.
Five went in and five came out and despite a few hair raising moments we were all happily exhilarated by the experience, slightly numb but absolutely buzzing. A few hardy soul’s went on to continue climbing- but my whole self knew I was done for the day so J and I went back to the camp site to begin the BBQ.
Even after a sunny day as soon as the sun had vanished from our campsite the temperature plummeted- but the thing I learned from my first week in Scotland is that you do not let the weather stop you from getting out and doing whatever you want to do. If you did you would never leave the house. The evening stayed dry and we happily huddled around the cooker getting smoke in our eyes and re-telling stories of our days daring.
Funnily enough even without an esky the bottle of Prosecco I stored in the car all day was a perfect drinking temperature- and I used it to toast my mother who turned 60 this week and my Grandma Ruthie who sadly passed away. Cheers.

Today I went to a real life book event in Edinburgh at the @scottishstorytellingcentre. People were reading their work, publishers were chatting about their amazing authors… and yes I absolutely purchased books. #read #books #scotland #readindy #indypublishers
As well as swimming, sewing and doing all my parenting stuff I have been snatching a few moments here and there to write. This is currently the beginning of my novel. It will change, and change again, but I thought I would share it anyway. Making this image was partly a procrastination device, but it also forced me to edit down two paragraphs to one in order to get my point across succinctly - which I enjoyed. Writing a novel is a long quiet journey, so it’s nice occasionally to put a few words out into the world. #speculativefiction #womanwriters #amwriting #wip #workinprogress #novelwriter #specfic #wordsonpaper
Last week we had rain- today the sun came out. My swim was lovely, the chat was good and I especially enjoyed my post swim ginger tea in the sunshine. #wildswimming #wildswimminguk #wildswimmingscotland #waterofleith #autumnswimming
Pre and post swimming selfies with Finn. We headed out this afternoon for a ride and a swim in the September sunshine. It’s a mark of my kids getting a little older that we did this. I would never have headed off for an adventure at 3pm when my kids were younger. 3pm has been my count down to dinner, bath and bed- and my chance to exhale once they were asleep. I still need that time to myself, but it’s nice to have the energy to stretch out our afternoons, even a little. #mumlife #scotland #edinburgh #waterofleith #autumnswim
Today’s swim felt epic. We cycled out in the rain and had a lovely swim with the rain still falling. Chat included writing, parenting, breastfeeding and pets. I don’t look all that sparky in my post swim selfi… but the photo is a lie cos I was very happy with the adventure. #scotland #wildswim #wildswimming
The youngest and I have been planning an outing to eat sushi for a while now- and today we made it happen in the new St James Shopping Center. We had fun window shopping, people watching and practicing eating with chopsticks. #edinburgh
My Tweets